What are the different stages of pretend play? 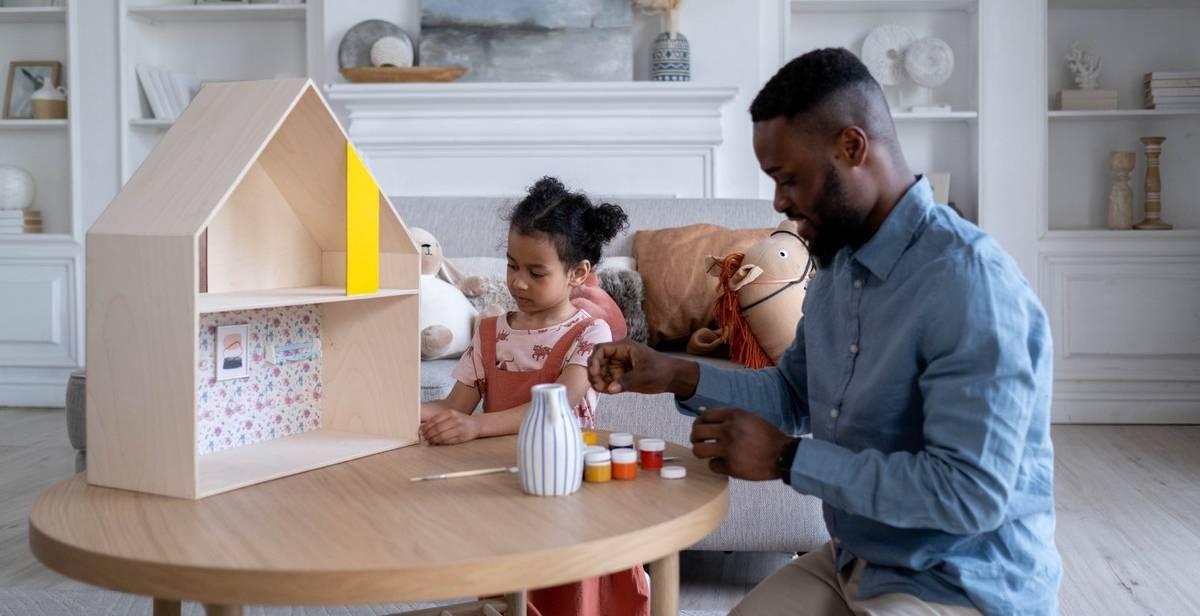 Play is all about having fun! Any activity, organized or unstructured, your child finds fun and enjoyable is considered play. But play is much more than just a fun activity for your child! As a child grows they go through different stages of play development.

While playing, children learn and develop important skills they will continue to use throughout their lifetime. Problem-solving, creativity, and willingness to take risks are just a few of the skills developed through play. Children who use their imagination and ‘play pretend’ in safe environments are able to learn about their emotions, what interests them, and how to adapt to situations. When children play with each other, they are given the opportunity to learn how to interact with others and behave in various social situations.

Be sure to give your child plenty of time and space to play. Play is important for your child’s development at every stage of early childhood. There are 6 stages of play. All of the stages of play involve exploring, being creative, and having fun. This list explains how children’s play changes by age as they grow and develop social skills.

Yes, play starts at birth! Unoccupied play can be observed from the earliest months in life. It is defined as sensory activities that lack focus or narrative. At this stage, babies make a lot of random movements with their arms, legs, hands, and feet. This is actually the beginning of play. Key characteristics include:

Examples of unoccupied play include:

These forms of play may seem un-educational at first, but have an important developmental purpose. In the first few months of life children’s unoccupied play helps them orient themselves in the world. They learn to master their limbs and motor skills. They develop depth perception, tactile skills, and object permanence.

Solitary play follows on from unoccupied play. It is play that involves a child playing alone and with little interest in toys outside of their immediate vicinity. It is more focused and sustained than unoccupied play. At this stage, children start to play on their own.

They are not quite ready to play with other children just yet. During this stage, children will still have little interest in adults or other children during their play. Key characteristics include:

Examples of solitary play include:

Even after a child has gotten older and mastered more advanced forms of play, solitary play continues to be employed. Even in adulthood, we play alone to recharge, reflect and explore new ideas on our own.

Onlooker play is the first sign of children showing interest in the play behaviors of other children. But based on the name, children at this stage, just looks/watches other children play but does not join or play with them. They may also have many questions of what the other children are doing etc.

Examples of onlooker play include:

Listening and observing are powerful forms of learning. Albert Bandura, for example, showed the power of observation through his bobo doll experiments. In these experiments, children would observe adults playing with dolls. Children who saw children being aggressive toward the dolls were subsequently more aggressive themselves when they played with the dolls.

Parallel play follows onlooker play. It involves children playing in proximity to one another but not together. When a child plays alongside or near others but does not play with them this stage is referred to as parallel play. It may seem that they have no interaction but they are paying attention to each other, sometimes even copying one another. This is the beginning of the desire to be with other children.

They will tend to share resources and observe one another from a distance. However, they will not share the same game play or goals while playing. Key characteristics include:

Examples of parallel play include:

When a child starts to interact with others during play, but there is not a large amount of interaction at this stage. A child might be doing an activity related to the kids around him, but might not actually be interacting with another child. For example, kids might all be playing on the same piece of playground equipment but all doing different things like climbing, swinging, etc.

Children at this stage, starts to interact with other children they are playing with. They start asking questions and talks about the toys and what they are making. This is the beginning of understanding how to get along with others. However, it is not quite the next stage (cooperative play) because children do not yet share common goals during play – in other words, they’re not yet playing ‘together’ in any cohesive way. Key characteristics include:

Examples of associative play include:

Cooperative play emerges shortly after associative play and represents fully integrated social group play. Here you will see the beginning of teamwork. Children at this stage plays with others for a common purpose. Thus, beginning to socialise with other children.

During this stage, expect to see children playing together and sharing the same game. The children will have the same goals, assign one another roles in the game, and collaborate to achieve their set gameplay goals.

This stage represents the achievement of socialization, but social skills will still be developing. Children may need support, guided practice and scaffolding to help them develop positive social skills such as sharing, compromise, and turn-taking. Key characteristics include:

Examples of cooperative play include:

Cooperative play is underpinned by the social constructivist learning theory. Key theorists from this approach include Barbara Rogoff and Lev Vygotsky. The central idea in this theory is that social interaction helps students to progress in their thinking. When students discuss things in groups, they get to see ideas from different perspectives and have their own ideas challenged and refined.

Play starts when we are babies, but it does not stop there! Including play in your child’s daily routine and giving them time to play is important for their development at every age. These stages are general guidelines for what to expect of your child’s play skills, but remember every child is different and if you have concerns bring them up with your healthcare provider.