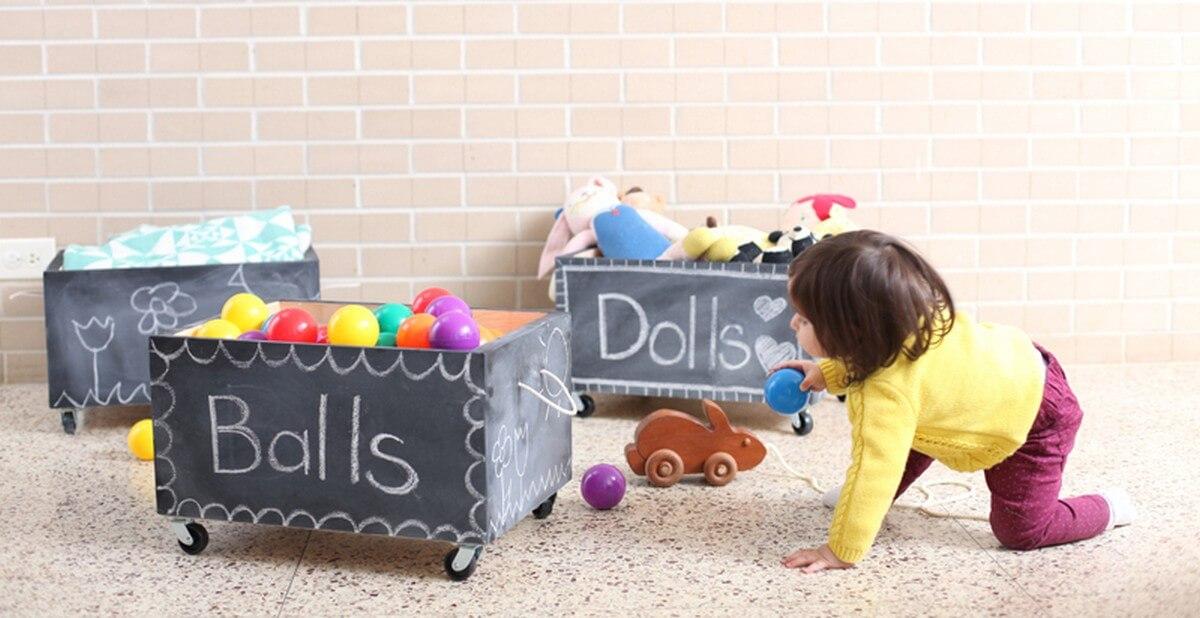 Organizing the kids’ rooms can be such a time-consuming task, especially when your kids have more toys than you have storage space. We’ve found some toy boxes that you can complete in very little time and that any kid would love.

This DIY toy box is versatile, functional and visually appealing after applying a little paint or stain. Get the tutorial at The Home Depot Blog.

An easy and inexpensive trick to redecorate the girls bedroom and having tons of fun with it. These little toy boxes with casters makes also easier to clean. Get the tutorial at This Little Street.

Create rolling chalkboard toy boxes would be a great storage solution! So, your little one can learn the words on the boxes and practice sorting things while she can easily manage to roll the boxes around the room. Get the tutorial at A Beautifull Mess.

You can make this APA toy box in just a fraction of what it would cost to buy and your little one will love helping you to customize it for their room. The chalkboard top is a great addition and gives them a play area as well as a place to organize their toys. Get the tutorial at Littlefreeradical.

Build your own Lego toy box, which is much easier than you may think. If your little one is a huge Lego fan, he’ll absolutely love this wooden toy box that looks just like a Lego. Get the tutorial at Curbly.

Save these DIY toy boxes for later! Don’t forget to follow A Matter of Style on Pinterest for more great decorating ideas or check out some of the gift decorations available in store.

How do mirrors help children develop their self-awareness and spatial awareness?